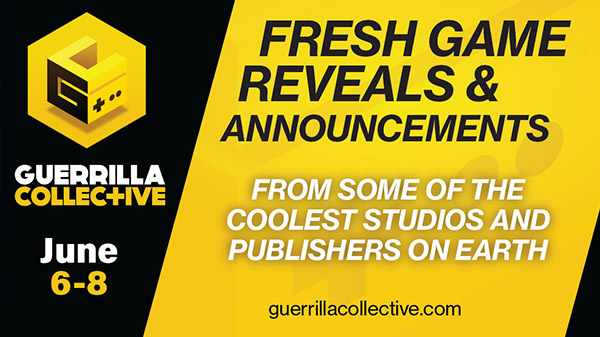 A coalition of independent game companies and partners have announced the Guerrilla Collective, an online press conference and event that will feature exclusive video game news, reveals, trailers, demos, and more. It is produced by Media Indie Exchange in partnership with the Kinda Funny Games Showcase.

Guerrilla Collective is a three-day event beginning June 6, which will feature “some of the world’s coolest publishers, developers, and media, with a full day dedicated to gaming news and announcements.” Its premiere event will be part of a larger day of video game programming, which includes:

A second online press event will be held on June 7, and the event will finish up on June 8 with a day of programming that includes live gameplay demos and developer interviews.

The Guerrilla Collective will feature a number of game companies, including:

The Guerrilla Collective is part of both IGN’s Summer of Gaming 2020 and GameSpot’s Play For All 2020.