Beyond Blue for PS4, Xbox One, and PC launches June 11, Switch version announced 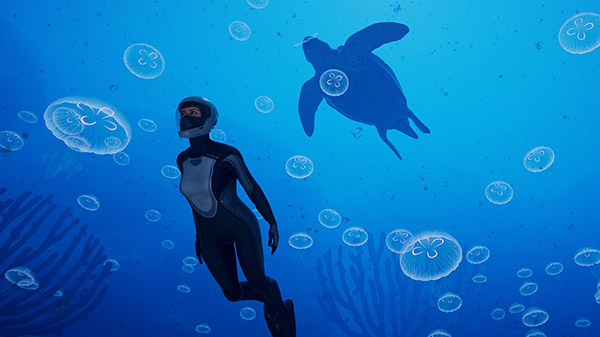 Beyond Blue will launch for PlayStation 4, Xbox One, and PC via Steam on June 11 for $19.99, developer E-Line Media announced.

A Switch version of the game was also announced to be in development and is due out at a later date.

A new trailer introduces Ocean Insights, E-Line Media’s 16 mini-documentaries featuring footage from Blue Planet II that players will unlock as they play through the game.

Here is an overview of the game, via E-Line Media:

Set against the near-future backdrop of Earth’s oceans, Beyond Blue features the scientific support of real-world exploration and outreach initiative OceanX, embracing its minimally invasive exploration techniques. It tells the story of a crew of scientists—Mirai, André, and Irina—who set out to test their “Ocean Sense Network,” which has the power to shine a literal light on the unexplored depths of the ocean as they unravel its endless mysteries.