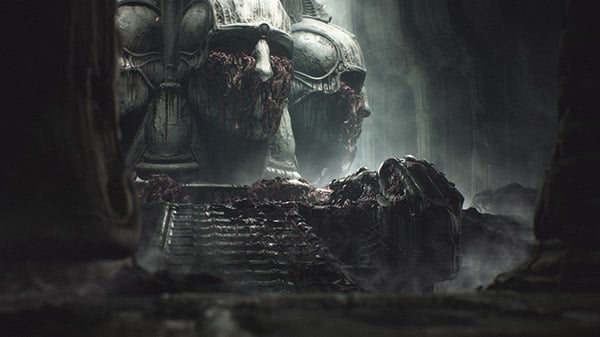 According to the developer, the console version will be exclusive to Xbox Series X. It said in a statement, “The authenticity of the game and being able to develop it as we conceptualized it is the highest priority. Before deciding to partner with Microsoft we made sure that they will not have any influence over the game’s concept and development process. They were more than cooperative in that regard. The only thing they were interested in was exclusivity rights. Once all that was agreed upon it was a no brainer decision when you look at all the benefits Scorn will get from this partnership, from additional resources to much bigger exposure (marketing). It will certainly help us make Scorn a better, polished game in the end.”

Scorn is an atmospheric first-person horror adventure game set in a nightmarish universe of odd forms and somber tapestry.

It is designed around the idea of “being thrown into the world”. Isolated and lost inside this dream-like world, you will explore different interconnected regions in a non-linear fashion. The unsettling environment is a character itself.

Every location contains its own theme (story), puzzles and characters that are integral in creating a cohesive world. Throughout the game you will open up new areas, acquire different skill sets, weapons, various items and try to comprehend the sights presented to you.

shogunknight ⋅ The Medium ‘What Does a Medium Do?’ trailer ⋅ 8 minutes ago