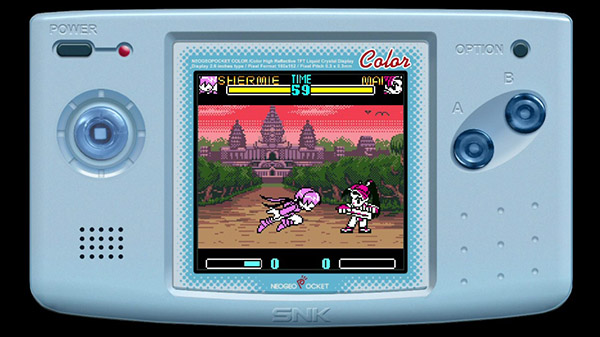 SNK has released SNK Gals’ Fighters for Switch via the Nintendo eShop worldwide for $7.99 / 800 yen.

The girls-only fighting game first debuted on the Neo Geo Pocket Color in 2000.

For the first time since its release in 2000,the smash hit Neo Geo Pocket Color fighter SNK Gals’ Fighters is now playable on the Nintendo Switch!

SNK’s wondrous heroines duke it out for a shot to be crowned the Queen of Fighters! This lighthearted story with comical interactions will keep you coming back for more!