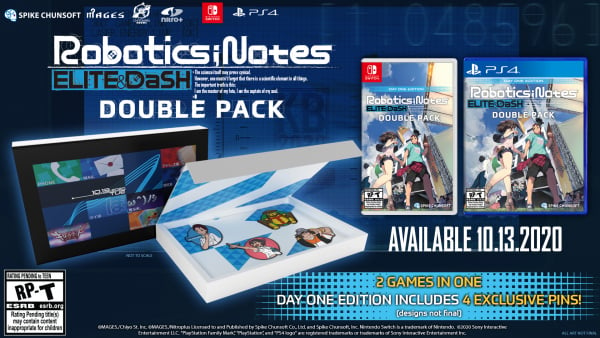 A European release date for the PlayStation 4 and Switch versions of the Chiyomaru Studio-developed Science Adventure visual novels was not announced, but is “coming soon.” (Update 04/23/20: Robotics;Notes Elite & DaSH Double Pack will launch in Europe on October 16.)