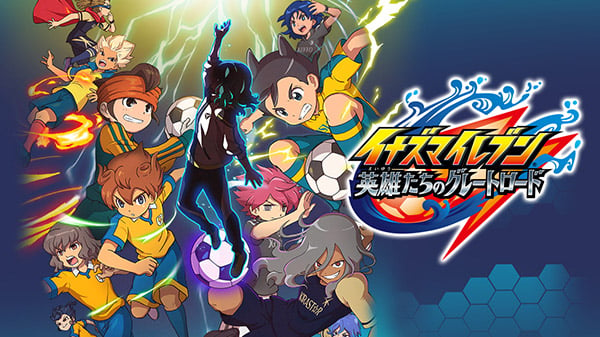 Level-5 has delayed Inazuma Eleven: Great Road of Heroes from its previously planned spring 2020 release in Japan to “likely” 2021, as well as shared a development update and new information about the title.

Here is a summary of the story:

There have been all sorts of heroes throughout history.

Those who gained victory and achieved their goal.

Those who met their demise before succeeding, but still inspired others with their conviction.

Those who are victorious do not necessarily earn the title of hero.

Heroes are “pillars of light,” made up by others who seek such a presence.

And here we have an “eccentric hero,” who shines by supporting others.

How happy would I be if I could say such a thing so boldly.

That’s what I think whenever I see people playing soccer on that riverbed.

Their lost ball rolled right in front of me. While throwing it back, I asked the person who came to retrieve it.

“Hey, you’re in the same junior high school as me, aren’t you? Why are you playing soccer with elementary school students?”

“Well, there aren’t enough members in my school’s soccer club.”

“Yep! But I’ll definitely increase our ranks. After all, my goal is to win the Football Frontier!”

By the way, the Football Frontier is a tournament that decides the number one soccer team in Japan.

This guy, despite being in a soccer club with so few members, they can’t even compete in a game, is chasing a goal 100 steps ahead of himself.

“That’s impossible,” I said without realizing.

“Impossible… is that so? Yeah, I don’t think that. What’s impossible is for me to give up aiming to become the best soccer player in Japan!”

Saying that, a giant grin returned to his face, full of a mysterious, persuasive energy.

This person… is an idiot…

With the way I felt about soccer, his overeager smile struck all the wrong nerves.

His name was Mamoru Endou, captain of the Raimon soccer club.

That day, I decided to join the soccer team… as a manager.

For some reason or another, I just wanted to do it.

At that time, I was the puny one who couldn’t see what goals were laid ahead.

Inazuma Eleven: Great Road of Heroes is in development for PlayStation 4, Switch, iOS, and Android.

CasePB ⋅ Funcom acquires Cabinet Group, including Conan the Barbarian and dozens of other IP ⋅ 4 minutes ago