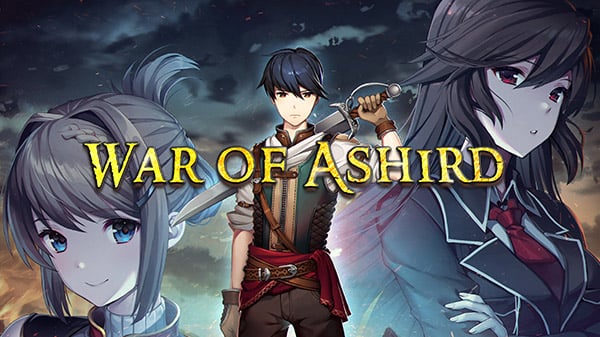 Igrasil Studio has launched a Kickstarter campaign for War of Ashird, its strategic turn-based fantasy RPG featuring character designs by Doki Doki Literature Club! character designer Satchely. It is seeking $82,000 in funding for release on PC via Steam in 2021, followed by PlayStation 4 and Switch in 2022. It will support English, Japanese, and Chinese language options.

War of Ashird has been in development for three years. According to Igrasil Studio, “Our team decided to open a Kickstarter campaign in order to improve the game’s quality, expand the battle system, and give players something wonderful to look forward to!”

Here is an overview of the game, via Igrasil Studio:

War of Ashird is a unique game that combines all the elements of strategy RPG and the elements of managing your castle. The story focus on a young boy who, by a twist of fate, becomes a key player in the war between three powerful nations: the Prisean Empire, the Kingdom of Ceredia, and the Free Cities’ Alliance. From his humble beginnings, our hero will rise in rank through his mighty deeds on the battlefield—until he commands an army of his own.

Your choices will shape his destiny, and the future of the Ashird as well…