Now available to wishlist on Steam. 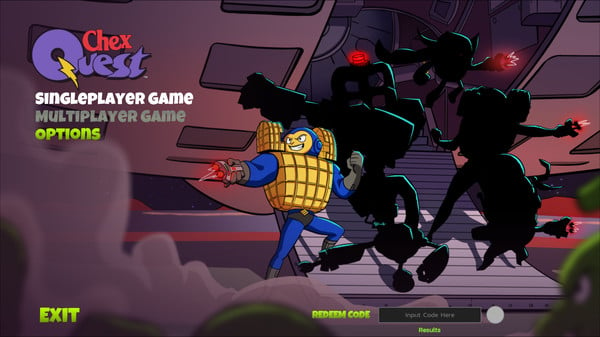 Chex Quest HD, a multiplayer remake of the 1996-released Chex Quest, will launch for PC via Steam this summer as a free-to-play title, publisher General Mills and Creature in the Well developer Flight School Studio announced.

Chex Quest HD is a modern, multiplayer remake of the classic 1996 first-person shooter advergame of the same name.

The Intergalactic Federation of Snacks’ outpost on the remote planet of Bazoik has been overrun by evil cereal-eating creatures from another dimension! These slimy “Flemoids” have taken the citizens of Bazoik captive and it is up to you and the Chex Mix Squadron to free them. Thankfully you have a handy array of “zorching” devices which can send these invaders back to their home dimension so you can succeed in your mission.

visit gallery »
Uncharted: The Nathan Drake Collection and Journey free from April 15 to May 5 as part of Sony 'Play at Home' campaign Previous post
Together! The Battle Cats details 'Battle Mode' update, physical edition Next post