Adventure game due out via the Nintendo eShop first, retailers later. 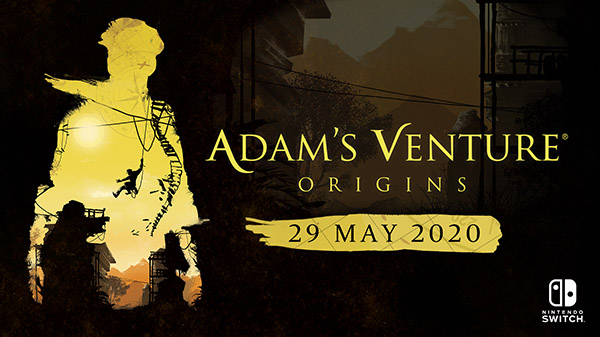 The Switch version of Adam’s Venture: Origins will launch via the Nintendo eShop on May 29, publisher Soedesco and developer Vertigo Games announced.

The physical edition has been postponed to a later date due to the ongoing COVID-19 pandemic.

Adam’s Venture: Origins first launched for PlayStation 4, Xbox One, and PC in April 2016.

In Adam’s Venture: Origins, players get involved in an engaging adventure that stretches across the globe. While solving intricate puzzles and discovering clues, they become part of a story filled with mysteries. As they unravel the secret of Eden, players explore their way through Europe and the Middle-East and reach new areas while climbing and swinging through adventurous environments. During their journey, players have to prevent the dark plans of the evil Clairvaux Corporation. Adam’s Venture: Origins offers a family friendly venturesome story with puzzles and challenges to solve.