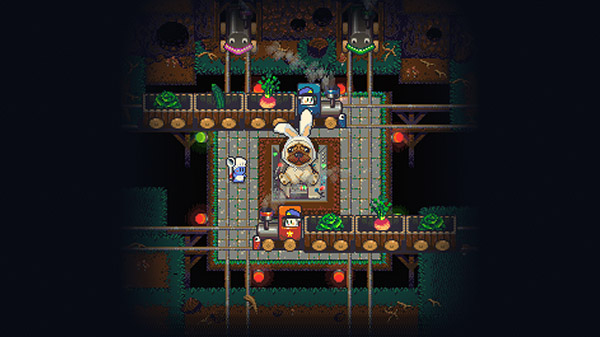 Action arcade game Radical Rabbit Stew will launch for PlayStation 4, Xbox One, Switch, and PC via Steam on July 16, publisher Sold Out and developer Pugstorm announced.

The Switch version of Radical Rabbit Stew will be playable at PAX East 2020, which runs from February 27 to March 1 at the Boston Convention Center. The demo will feature a selection of levels from the game’s single-player campaign.

Dimension Drive action platformer sequel Aeon Drive announced for consoles, PC Previous post
Deliver Us The Moon launches April 24 for PS4 and Xbox One, this summer for Switch Next post