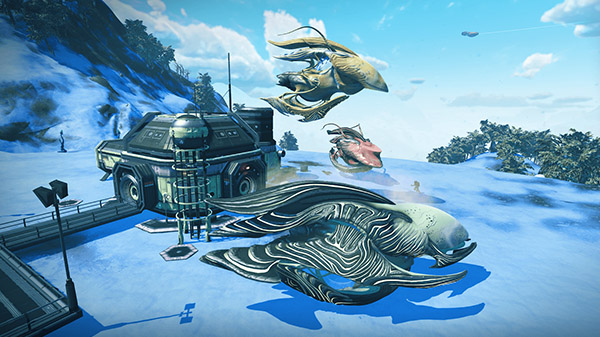 Hello Games has released the “Living Ship” update for No Man’s Sky, which introduces a new style of airship to the game defined as “strange and beautiful creatures with lives of their own.”