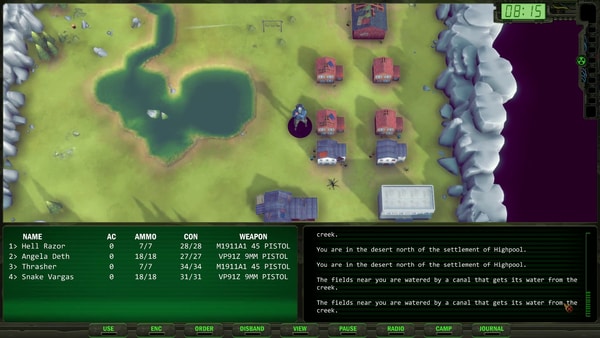 inXile Entertainment has released the launch trailer for Wasteland Remastered, which is due out digitally for Xbox One and PC via Steam and GOG on February 25 for $14.99.

Originally released in 1988, Wasteland brought the post-apocalypse to video games and inspired a genre. Play one of history’s defining RPGs with completely overhauled graphics, sound, and expanded musical score.

The year is 2087, nearly a century after an all-out nuclear war turned vast swaths of the Earth into a radioactive hellscape. You are a Desert Ranger, a band of stalwart lawmen who are the only hope left in what was once the American southwest, and good people’s last defense against hunger, sickness, ravaging raiders, and mutants.

Now something more secretive and sinister is menacing humanity, and it’s your job to investigate. Recruit help and follow leads—the choices you make will shape the world around you. Choose wisely, your life and the lives of those you’re sworn to protect depend on it.

Yebvenitl ⋅ Marvel’s Guardians of the Galaxy hands-on previews, gameplay, and screenshots ⋅ one minute ago