Beta testers will retain their progress when the full game launches. 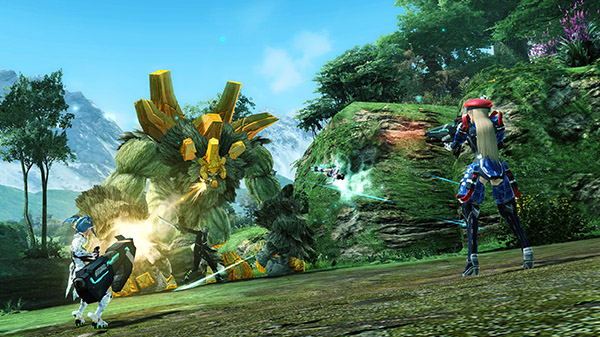 The closed beta test will feature fully localized text and character voices in English. Players who participate in the closed beta will retain their progress in the full game when it launches in North America this spring.

Players will be able to customize their own character, choosing from four unique races and nine classes, and join up with up to 11 other players to fight alongside. A special in-game concert will be held on February 8 at 8:00 p.m. PT / 11:00 p.m. ET. Players can meet in the Ship’s Shopping Plaza for the performance.

For information on how to sign-up for the closed beta, see our previous coverage.

Here is a list of bonus items and time limited quests available during the closed beta:

Beta testers will also have a chance to claim the following special rewards after logging in:

In addition, special events called Urgent Quests are scheduled for the following times:

By participating in the Urgent Quests, players will receive these special rewards when the game launches in spring 2020: