Currently available for Xbox One and PC. 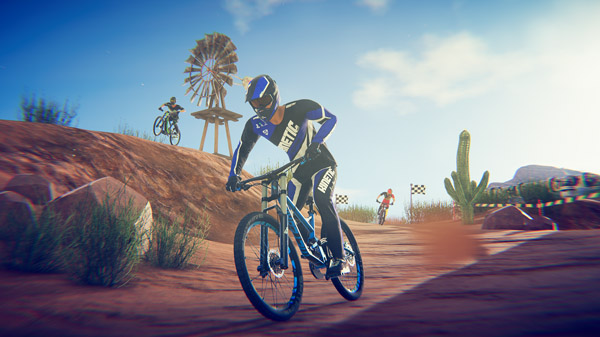 Action cycling game Descenders, which first launched for Xbox One and PC in May 2019, is coming to PlayStation 4 and Switch both physially and digitally this spring, publisher Sold Out and developer No More Robots announced.

“We’re extremely excited to work with Sold Out on the retail releases for Descenders,” said No More Robots company director Mike Rose in a press release. “Our players have been begging us for a physical release for a while now, so getting to work with Sold Out on a worldwide retail release is essentially fulfilling a long-standing dream for all of us.”

Sold Out CEO Garry Williams added, “Descenders is an awesome fast-paced game which players love on digital platforms, so we’re thrilled to be partnering with No More Robots to release the physical editions on PlayStation 4 and Nintendo Switch at retail.”

From the developers of Action Henk, Descenders is extreme downhill mountain biking for the modern era, with procedurally generated worlds where mistakes have real consequences. Can you lead your team to glory and become the next legendary Descender?