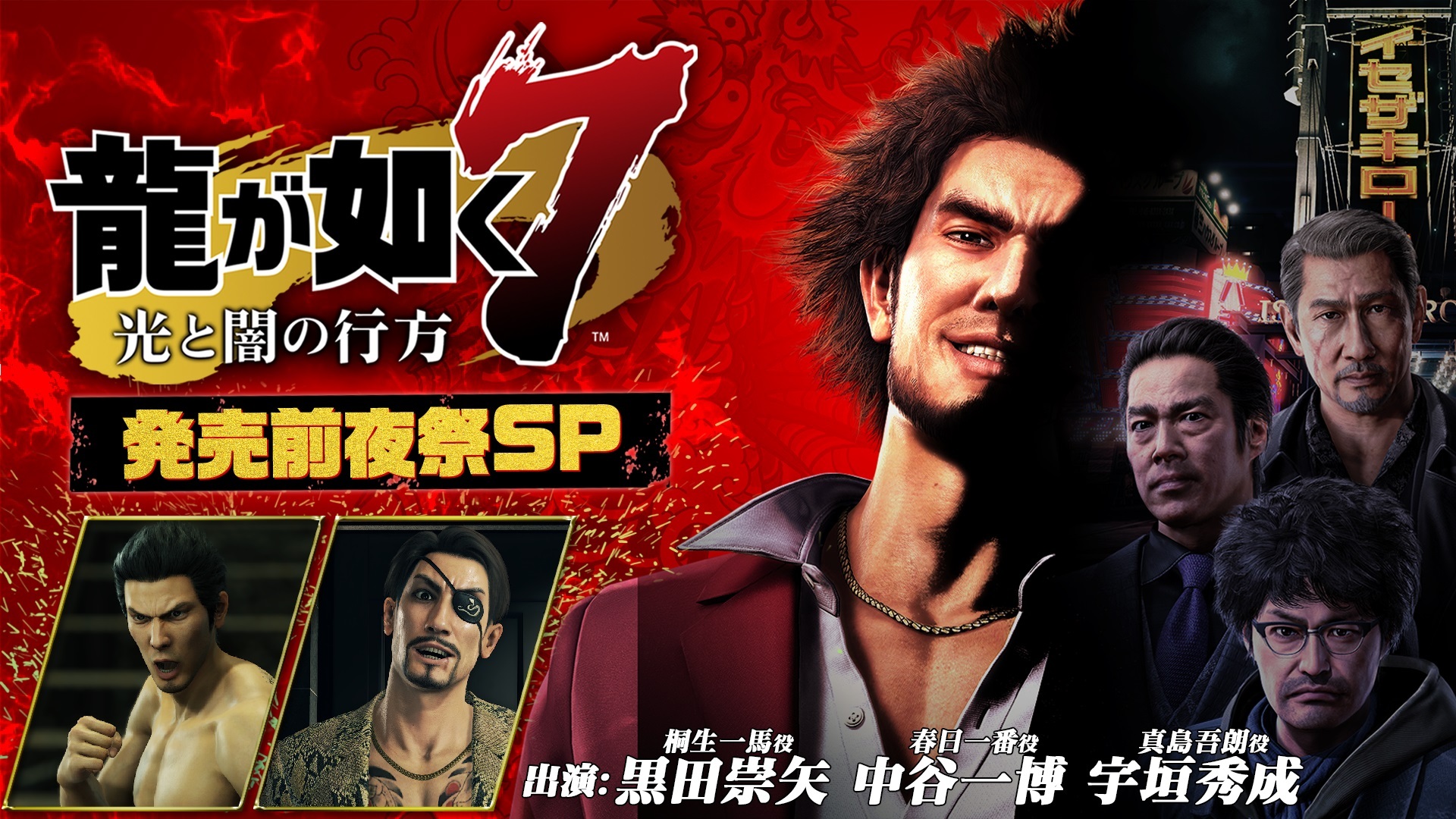 Sega will host a Yakuza: Like a Dragon Launch Special live stream on January 15 at 20:00 JST, the company announced. You will be able to watch it on YouTube.

The broadcast will feature Kazuhiro Nakaya (protagonist Ichiban Kasuga voice actor), Takaya Kuroda (Kazuma Kiryu), and Hidenari Ugaki (Goro Majima), who will play the entire first chapter of the game live. The latest information on Yakuza: Like a Dragon, such as collaboration campaigns, will also be announced.