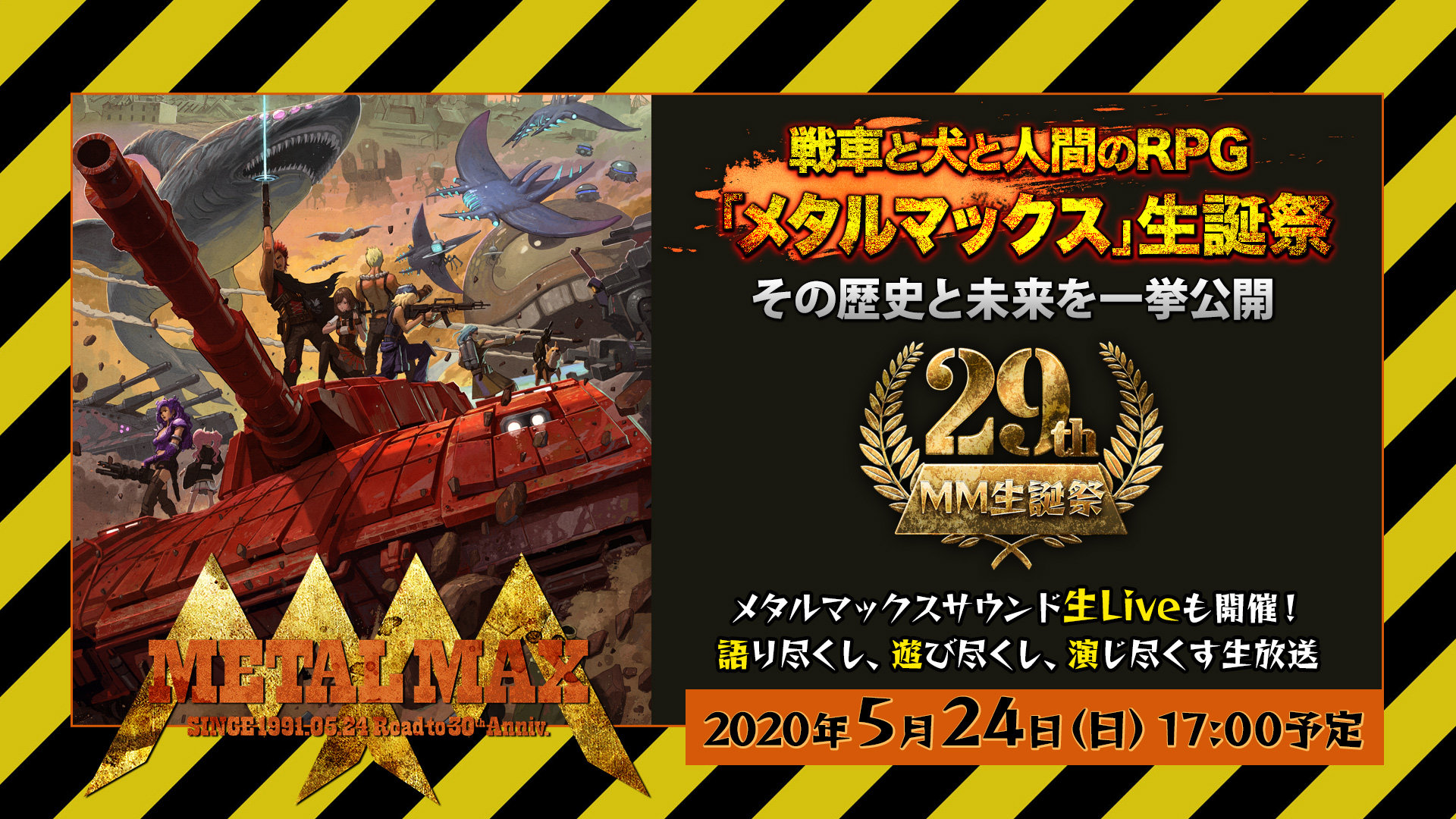 Kadokawa Games will host the “Tank, Dog, and Human RPG Metal Max 29th Birthday Celebration” live stream on May 24 at 17:00 JST. You will be able to watch it on YouTube and Niconico.