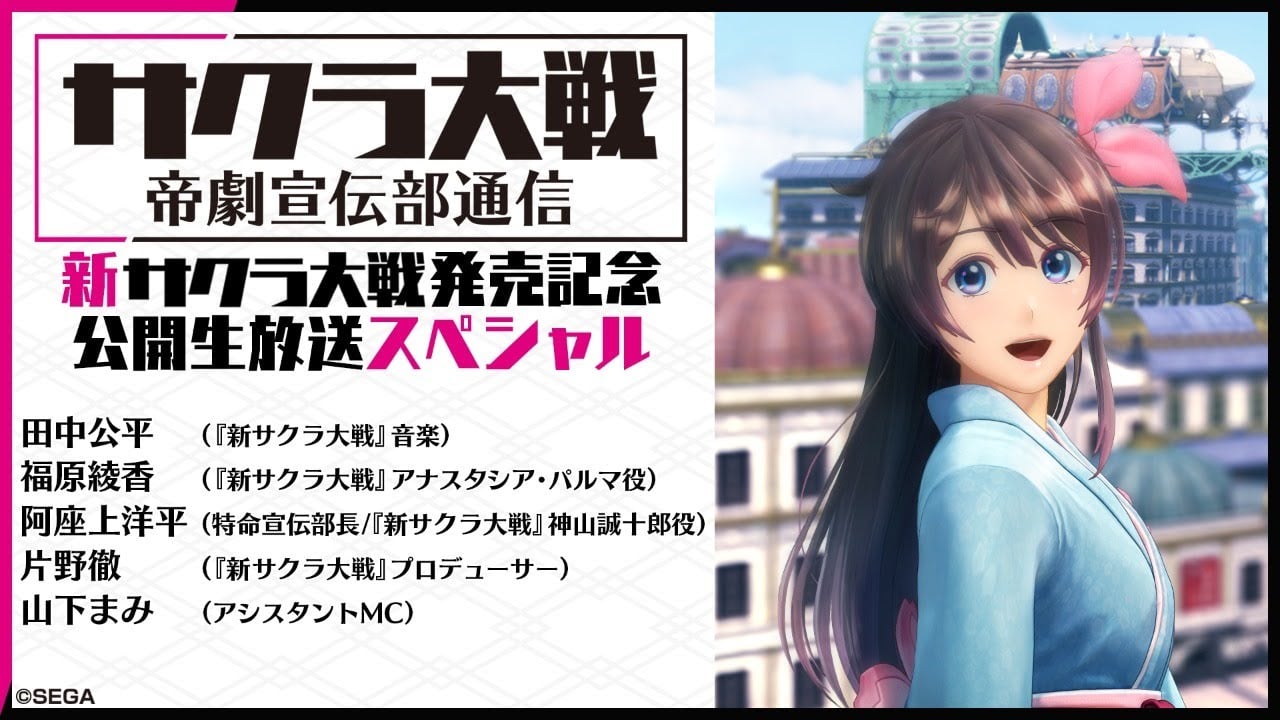 The live stream will feature special contents to commemorate the launch of Project Sakura Wars. The following guests will be featured: