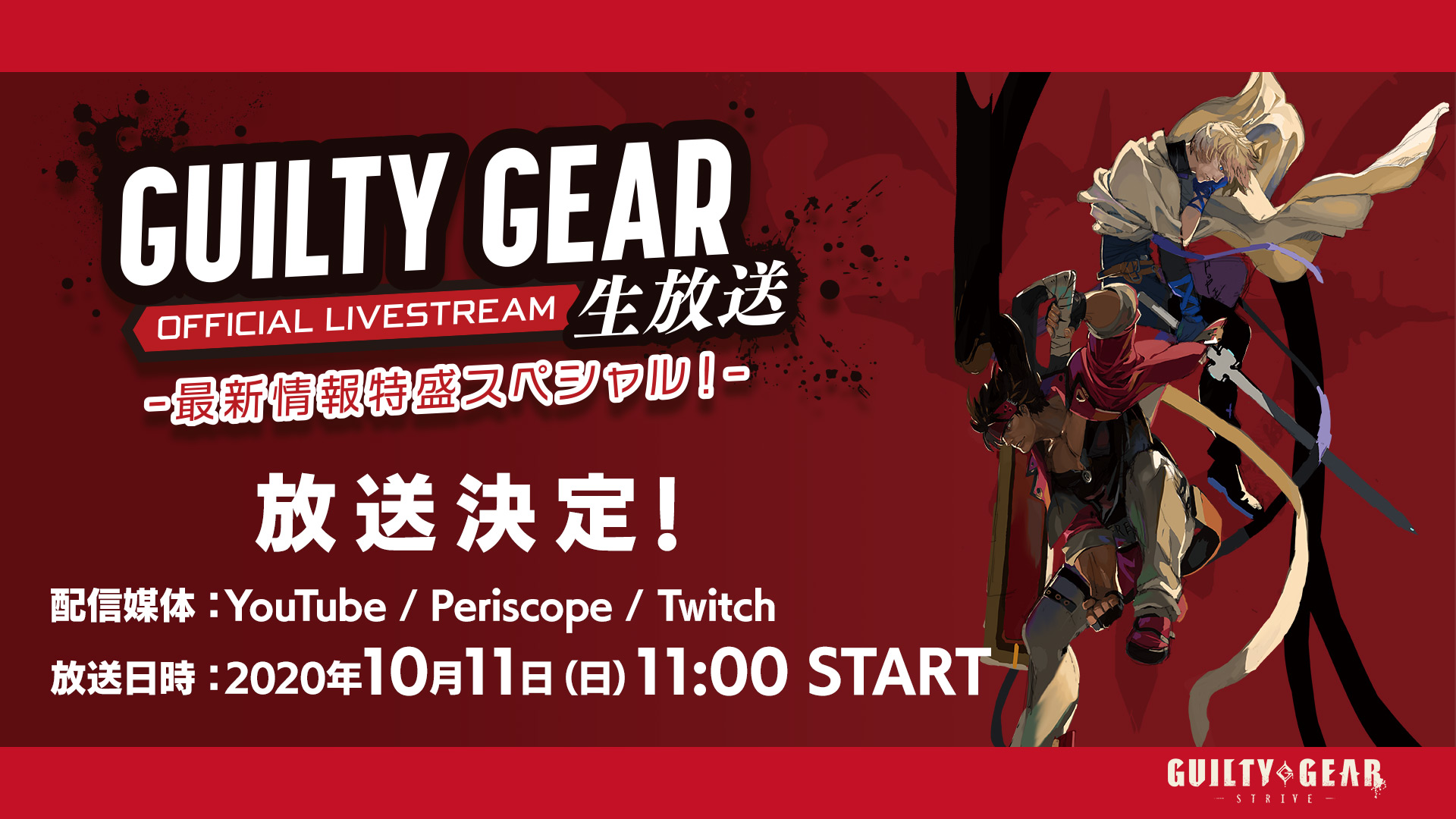 Arc System Works will host the “Guilty Gear Official Live Stream: Latest Information Extra-Large Special” on October 11 at 11:00 JST, the company announced. You will be able to watch it on YouTube, Twitch, and Twitter.

The live stream will feature the following: