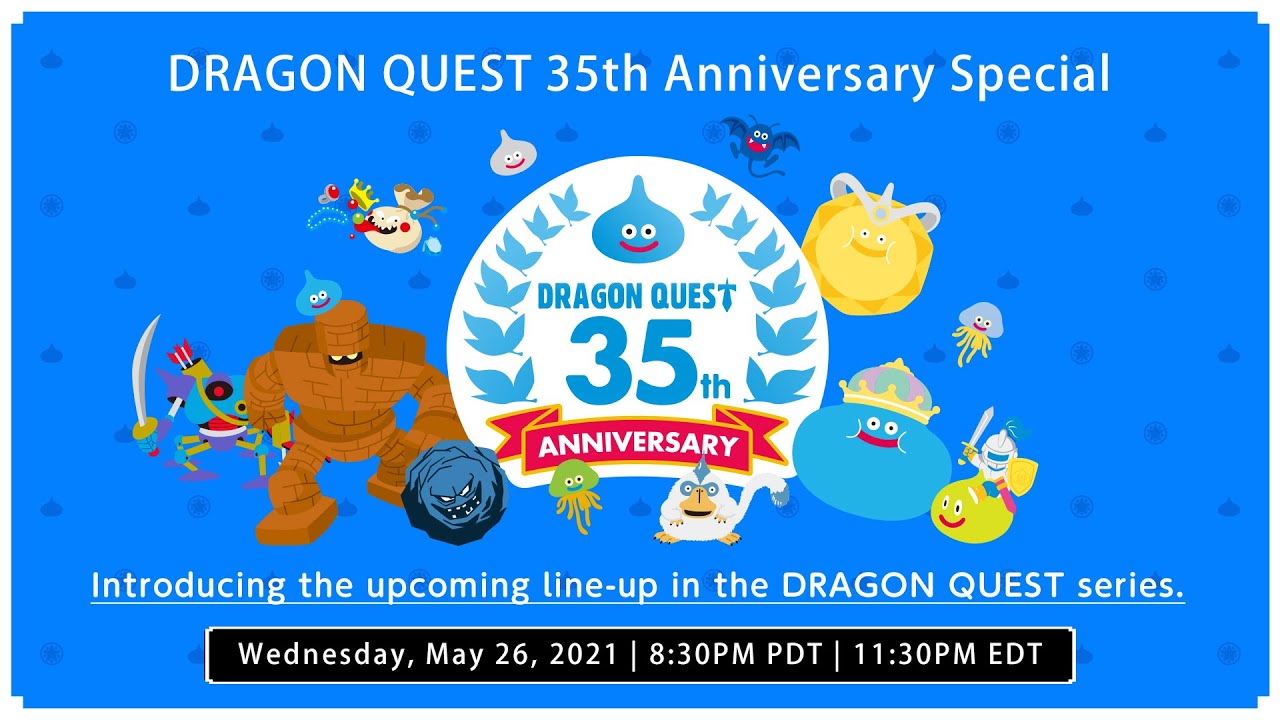 Square Enix will host the “Dragon Quest 35th Anniversary Special” live stream on May 27 at 12:00 JST (Japanese) / 12:30 JST (English). You will be able to watch it on YouTube (English, Japanese, Chinese, Korean).

“May 27th is Dragon Quest Day, and to celebrate the 35th anniversary of the series, we’re bringing you a special broadcast to showcase all of the latest information about what’s going on—and what’s yet to come—in the world of Dragon Quest,” Square Enix said.

“For the first time in Dragon Quest history, the show will feature live interpretation from Japanese, so that our international fans can stay up-to-date with developments in the Dragon Quest series, too. Don’t miss it, or you’ll miss out!”

The broadcast will consist of the following two parts:

A talk show hosted by actor JOY with Dragon Quest creator and game designer Yuji Horii to announce the newest lineup in the Dragon Quest series.