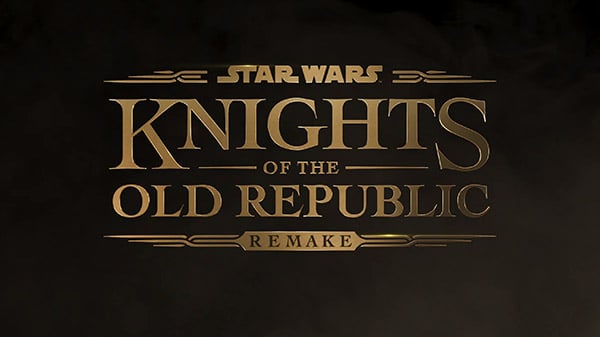 Sony Interactive Entertainment, Aspyr Media, and Lucasfilm Games have announced Star Wars: Knights of the Old Republic – Remake for PlayStation 5 and PC. A release date was not announced.

Get the first details below, via Aspyr Media lead producer Ryan Treadwell.

A pinnacle of Star Wars Legends storytelling, Star Wars: Knights of the Old Republic is set over 4,000 years before the events of the original trilogy and introduced a new story of new heroes and villains in an epic struggle for the fate of the galaxy. The team here at Aspyr and Sony Interactive Entertainment have joined forces with Lucasfilm Games to bring you a remake of this classic Star Wars adventure. We’re rebuilding one of the greatest RPGs of all time for a new generation with modern tech, features, visuals and more, while maintaining the integrity of the story and characters that we’ve come to cherish.

And it’s a console exclusive on PlayStation 5 at launch.

If you’re not familiar with “KOTOR“—as you’ll see fans lovingly refer to it—then you’re in for a treat. The original Star Wars: Knights of the Old Republic was a truly groundbreaking achievement: an award-winning RPG of incredible scope, immersion, and ambition with an epic narrative to match. A diverse cast of characters to meet, multiple planets to discover, challenging battles to fight, and cinematic storytelling that responds to the choices you make—it’s no wonder that to this day KOTOR remains one of the most celebrated video games ever made.

Why remake Star Wars: Knights of the Old Republic? Well, nearly 20 years after it first debuted, the original KOTOR is still one of the most beloved games of all time. And even as Star Wars travels to new horizons, we know the community is as eager as ever to return to this iconic era of storytelling and action.

With Star Wars: Knights of the Old Republic – Remake, our hope is to give both series newcomers and long-term fans an experience that can live alongside the very best modern releases. We’re rebuilding it from the ground up with the latest tech to match the groundbreaking standard of innovation established by the original, all while staying true to its revered story.

We’ve been working closely with Lucasfilm Games on classic Star Wars games for years, and that experience has instilled in our team a deep love and respect for these timeless titles, as well as a unique perspective on how to carry them forward into the modern age. We’re proud to be collaborating with Sony Interactive Entertainment and Lucasfilm Games to bring this dream to life.

So, what’s next? Star Wars: Knights of the Old Republic – Remake is a tremendous undertaking, encompassing almost every aspect of the original game. We’re still early in development, but we’re happy to finally have announced the remake and hear the PlayStation community’s thoughts on what you’re excited to see.

Watch the announcement trailer below. View a teaser image and logo at the gallery.