"A talk show that makes you want to play." 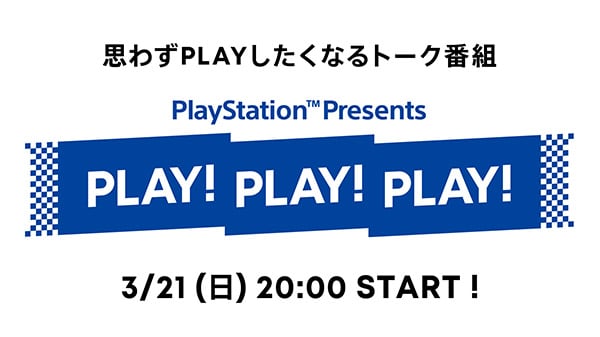 Sony Interactive Entertainment Japan Asia will host “Play! Play! Play!”—“a talk show that makes you want to play”—on March 21 from 20:00 to 21:00 JST, the company announced. You will be able to watch it on YouTube.