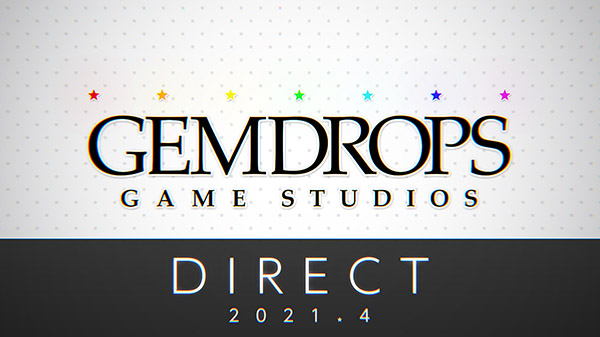 Gemdrops will host “Gemdrops Direct: April 2021” on April 2 at 22:00 JST, the developer announced. You will be able to watch it on YouTube.

The broadcast will feature two parts:

The following titles will be featured: