Supports cross-play across all platforms. 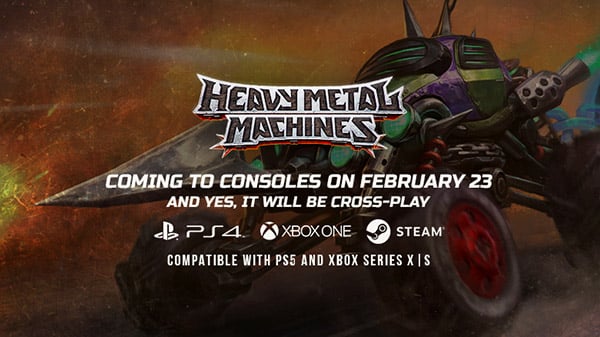 The PlayStation 4 and Xbox One versions will support cross-platform multiplayer across all platforms, including the previously released PC (Steam) version.

PlayStation 4 and Xbox one users will also be able to redeem the free “Battle Pass Pack” downloadable content until March 8, which includes the latest Metal Pass Premium season, Machines, and other items.

Also on February 23, Hoplon will release “some major gameplay updates” to the game outside of the new Metal Pass season.