First released for Switch in April 2020. 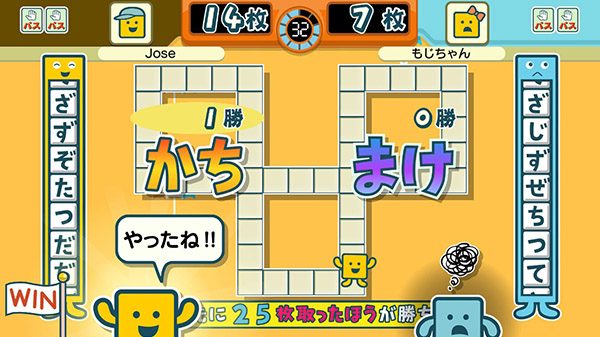 Bandai Namco will release Kotoba no Puzzle: Moji Pittan Encore for PlayStation 4, PC, iOS, and Android on April 8 in Japan, the latest issue of Weekly Famitsu reveals. The PlayStation 4 version will cost 3,200 yen, while the iOS and Android versions, which do not feature online battles, will cost 2,673 yen.

Kotoba no Puzzle: Moji Pittan Encore first launched for Switch in April 2020 in Japan. The PlayStation 4, PC, iOS, and Android versions will ship with new stages, including super advanced level stages, stages that apply trending words from the Reiwa era (which began in May 2019), and extremely difficult stages. The Switch version add this new content via a free update.