Due out on February 4 in Japan. 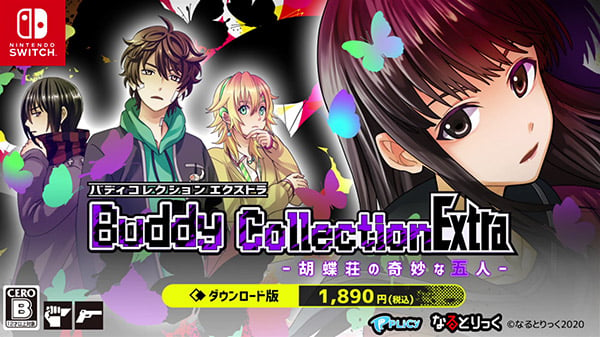 Publisher PLiCy and developer Narutrick will release deduction visual novel Buddy Collection Extra: Kochousou no Kimyou-na Gonin for Switch via the Nintendo eShop on February 4 in Japan for 1,980 yen, the companies announced.

Buddy Collection Extra: Kochousou no Kimyou-na Gonin includes the completely new scenario titled “The Peculiar Five of Butterfly Manor.” Each Buddy—Shingo Inui, Haruka Kujou, and Shouta Taki—has individual routes, as well as hidden scenarios. And while this is an “extra” chapter in the Buddy Collection series, it expands upon the setting and characters, and is even welcoming to series newcomers. Additionally, the scenario and some event scenes now feature voiced character dialogue, which was highly requested by fans.

Watch the announcement trailer and a cast comment video below.