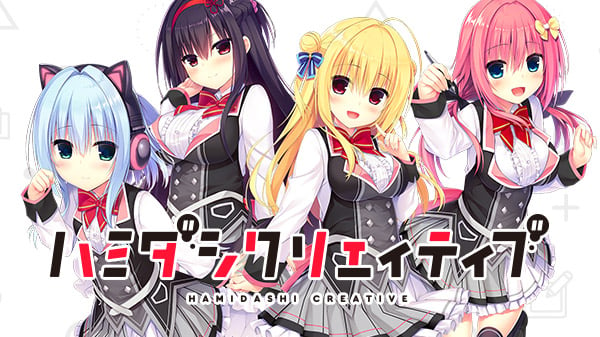 While a publisher was also not confirmed, iMel handled the console ports of Madosoft’s previous works, Raspberry Cube and Wagamama High Spec.

In addition to the console news, Madosoft announced that it will launch a crowdfunding campaign for a Hamidashi Creative anime project in early 2021, and that plans to develop a sequel are officially set.

Hamidashi Creative first launched for PC on September 25 in Japan.

At the end of June, the seasons come to a standstill.

Widely known to be of asocial character, Izumi Tomohiro is quietly spending his day in the corner of their classroom… or so it should have been.

“Congrats on being elected! It has been decided that you are now the next student council president!”

By the school’s initiative, an election via lottery took place. And Tomohiro is the lucky bastard who won the prize!

Suddenly placed underneath the spotlight, he unanimously became the talk of the school. Unable to back down, he started hunting for fellow members with the help from his advisor.

However, the candidates his advisor nominated are his classmate Kano, his junior Asumi, even his own little sister Hiyori, and the lot of them doesn’t even come to school!? And in the midst of the chaos, even the former council president Shio who came from whereabouts unknown suddenly appeared!

Is this fate? Is this inevitable?