Otome visual novel due out on December 10 in Japan. 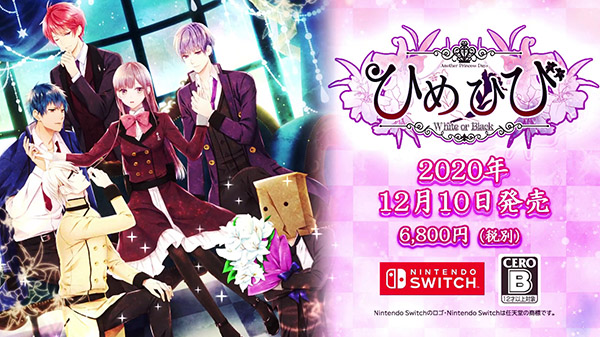 The Latest Entry in the Himehibi Series

While this is a sequel to previous entries in the series, since it is releasing on a new platform and aims to attract a new audience, the characters and boys’ school where the story takes place are completely new. Character design and images were handled by newcomer Fuduki. User response has been extremely positive since the first news about this title went out. The new setting is also a celebrity boys’ school where only princes gather.

A Story Where You Can Enjoy the Two-Sidedness of Love

The previous two games had stories that were more romantic comedy than anything else, but in considering the trends of recent popular works, the story of this title offers two routes that let you enjoy the sweet side of romance, and two routes that focus on the dark side of romance. Additionally, characters are voiced by popular voice actors such as Atsushi Tamaru and Shun Horie.

Himehibi: Another Princess Days ~White or Black~ is due out for Switch on December 10 in Japan.