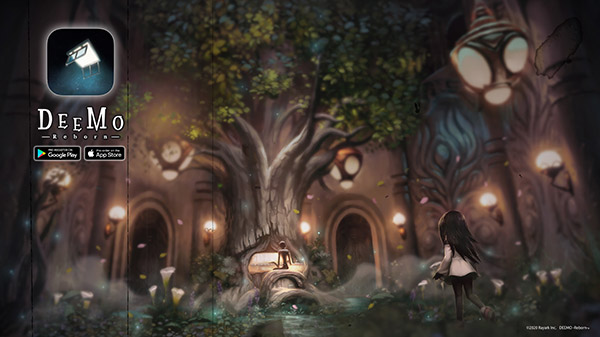 Rayark will release Deemo Reborn for iOS via the App Store and Android via Google Play on December 17 for $2.99, the developer announced.

Deemo Reborn first launched for PlayStation 4 in November 2019, followed by PC via Steam in September 2020. A Switch version was recently rated in Korea, but has yet to be officially announced.

Here is an overview of the game, via Rayark:

Deemo Reborn is a rhythm game which integrates puzzle-solving elements, a reboot inheriting the heart-warming story of its source material. By bringing Deemo to 3D, players can fully immerse themselves in its universe. The mobile version, which follows a 2019 PlayStation 4 release and a 2020 PC release on Steam, will be sold for $2.99.

Deemo Reborn features over 60 songs, which players can perform in rhythm mode. It’s also chock full of mind-bending puzzles and an ancient castle that’s just begging to be explored. By solving puzzles and exploring the castle’s hidden depths, players can find lost sheet music, and play it to grow the courtyard’s mystical tree. As Deemo progresses, new locations and storylines will open, uncovering layers of mystery.

Zackasaur ⋅ Bloomberg: The Last of Us remake for PS5 in development at Naughty Dog ⋅ 34 minutes ago
Latest Open Forum