Slam-dunk enemies into manholes and uppercut them into helicopters. 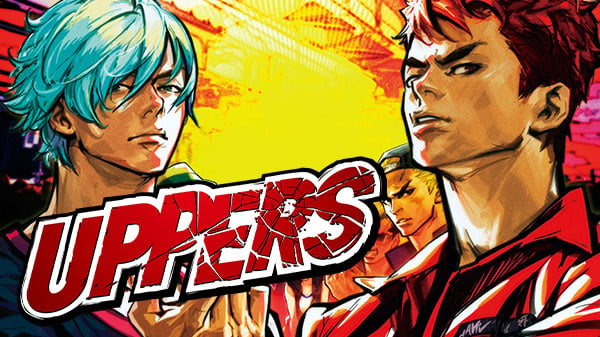 The third-person brawler first launched for PS Vita in July 2016 in Japan. A western release for PlayStation 4 and PC was first announced in August 2018 with a planned release window of 2018. XSEED Games did not immediately respond to Gematsu’s request for comment regarding the status of the PlayStation 4 version.

Update 2:54 p.m.: An XSEED Games representative has told Gematsu, “The PlayStation 4 version is no longer in development for North America.” Asked if this meant it is still coming to PlayStation 4 in Europe, the representative said it can only the North American version. Marvelous Europe did not immediately respond to Gematsu’s request for comment.

Update 6:13 p.m.: An XSEED Games representative, on behalf of Marvelous Europe, has now told Gematsu, “The PlayStation 4 version is no longer in development for North America and Europe.”

Last Resort Island is a city consumed by desire—for those that live on the island, the greatest amusement is violence. A single person’s strength alone can build great fortune, and earn the admiration of the populace.

With strength, motivation and fire in their eyes, two young men, Ranma and Michiru, arrive at Last Resort Island to begin their quest, their sights aimed for the top—but they aren’t the only ones on Last Resort Island with lofty ambitions.

Uppers tells the story of two men and their journey to the top, using 12 varied fighters and eight support characters – discover their drive, their heartbreaking backgrounds, and fight to be crowned the strongest in Last Resort Island!

Uppers, a beat-em-up brawler originally released as a Japanese PS Vita exclusive, has been fully remastered for the PC. The game puts you in control of up to 13 fighters, including bonus character Daidoji-senpai of the Senran Kagura series. Follow their journey through seven varied Chapters across multiple difficulty levels and a multitude of locations!

Tash ⋅ Tales of Arise – Rinwell trailer ⋅ one minute ago