A quiet week for physical releases. 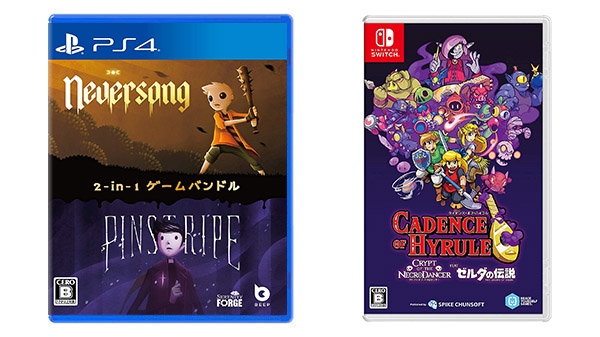 This week’s Japanese video game releases are highlighted by physical editions of already released digital titles Cadence of Hyrule: Crypt of the NecroDancer Featuring The Legend of Zelda, Neversong, and Pinstripe.

The Atmos Games-developed Neversong and Pinstripe, on the other hand, are packaged together in a bundle called Neversong & Pinstripe published by Beep Japan. Pre-orders include three B4 posters, three coasters, a digital edition of the Neversong soundtrack, and a piano music sheet. While both titles are currently available digitally in the west, this week is their debut in Japan.