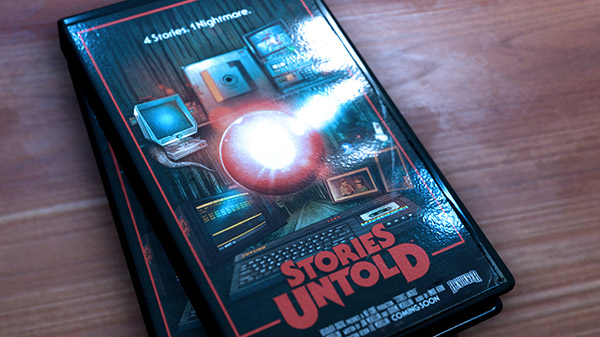 Narrative-driven experimental adventure game Stories Untold is coming to PlayStation 4 and Xbox One on October 27, publisher Devolver Digital and developer No Code announced.

Stories Untold first launched for PC via Steam in February 2017, followed by Switch in January 2020.

Stories Untold is a narrative-driven experimental adventure game, that bends the genre into something completely unique. Combining a mix of classic text-adventure, point-and-click and more, four short stories are packaged together into a single mysterious anthology that has been described as “a fantastic, fascinating example of interactive visual storytelling” (Telegraph, 5/5) and earning widespread critical acclaim since release.

The game pulls together 80s retro nostalgia, innovative and experimental genre-defying gameplay, and tense, phycological horror to create “one of the most fascinating and unique tales you can play this year” (GameSpew, 9/10).

Stories Untold was developed by No Code, a Glasgow based ex-AAA development team headed up by Jon McKellan (Alien: Isolation) and Omar Khan.