Switch between the remastered and original graphics on the fly. 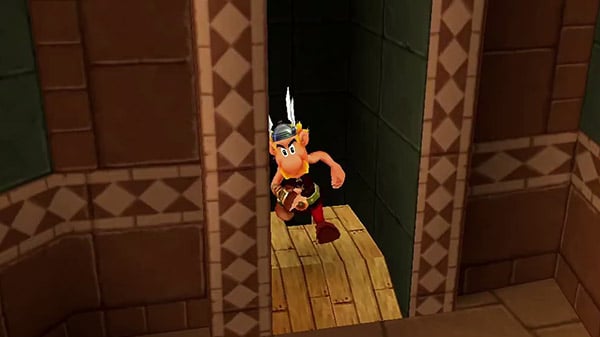 With “Retro Mode,” you can switch from the fully remastered graphics to the original graphics of the 2004-released Asterix & Obelix XXL at any time.

The year is 50 B.C. Gaul is entirely occupied by the Romans. Well, not entirely… One small village of indomitable Gauls still holds out against the invaders. And life is not easy for the Roman legionaries who garrison the fortified camps of Totorum, Aquarium, Laudanum, and Compendium.

Peace reigns in the small Armorican village, where the villagers go about their daily business. Our two heroes, Asterix and Obelix, hunt wild boar, the blacksmith and the fishmonger quarrel, and the village chief strolls around the village square atop his shield.

After a fine day’s hunting, Asterix and Obelix return to find their village in flames, pillaged by the Romans! They set off to rescue their fellow villagers, accompanied by their faithful Dogmatix. Their journey will take them to Normandy, Greece Helvetia, Egypt and, finally, Rome, in order to save the villagers from the clutches of the emperor Caesar…

Rediscover the first XXL adventure of your favorite Gauls in this fully romastered version!

Toggle between Asterix and Obelix and travel across various regions of the world such as Greece or Egypt to set free Impedimenta, Panacea, Getafix, and the other villagers.

Fight all the Romans, pirates and Vikings who will stand in your way! Nothing can stop you with magic potion.

Cherry on the boar, four new game modes are available:

Asterix & Obelix XXL Romastered is due out for PlayStation 4, Xbox One, Switch, and PC via Steam on October 22.

Oddworld Collection for Switch launches May 27