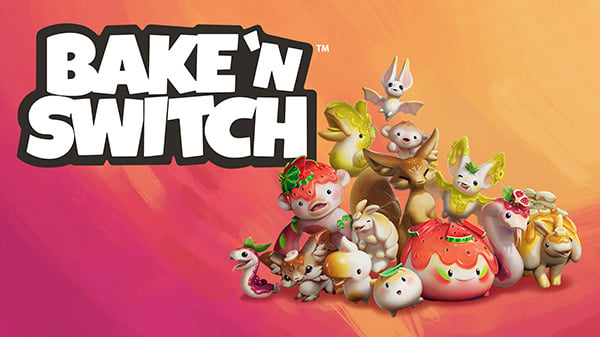 The Switch version of couch cooperative and player-versus-player party game Bake ‘n Switch will launch via the Nintendo eShop on September 10 for $29.99, developer Streamline Games announced.

Bake ‘n Switch first launched for PC via Steam on August 21. A PlayStation 4 version is also planned for release, but has yet to receive a release date.

It has been centuries since the Master Bakers left the World of Fla, the fabled lands of living Dough. But something is rising again. The Mould is back! More powerful and infectious than ever before. It’s spread to all corners of the World, gobbling up every species of Dough it comes across. Turning them sour. Changing their behaviors into twisted versions of their former selves.

As the World crumbles above, the ancient Guardians rumble below. Awoken from their slumber to fulfill their sworn duties to protect the Doughy creatures of Fla. However, hundreds of years of hibernation have not fared the Guardians well. They are hangry. Real hangry. With an insatiable penchant for baked goods. So, the Bakers must bake. Sacrificing the adoughrably cute Bun creatures to win favor with the Guardians; their only hope of vanquishing The Mould.

Join a crew of Apprentice Bakers on their journey to learn the unique abilities that set them apart. Get ready to face the Guardians of each World, unlock the story behind The Mould infection, and fulfill your destiny to become a Master Baker!