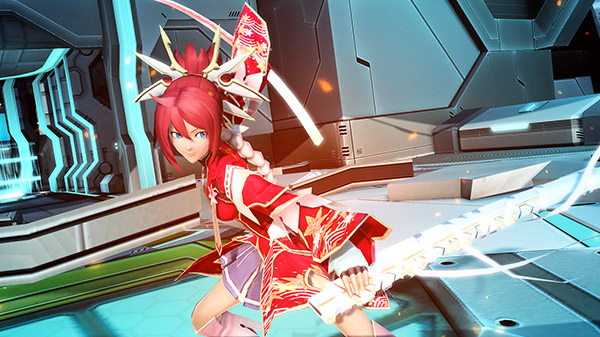 Phantasy Star Online 2 has launched in an additional 33 countries alongside the Steam release of its PC version, Sega announced.

The global release coincides with the launch of game’s “Episode 4” update today, which adds crafting, a new planet to explore, player-versus-player battles, a new story, and more. Read more about the update here.

Welcome to the Oracle Fleet

You are an ARKS Operative, a member of an elite task force dedicated to exploring inhospitable planets, and looking for signs of a dark corruption called the Falspawn. Join forces with allies from four distinct races and choose from nine classes—each with unique weapons and special abilities—and embark on endless and challenging missions with friends!

Experience the most responsive action combat system in an online RPG to date. With highly customizable attacks and abilities, Phantasy Star Online 2‘s combat encourages players to get creative in their battle strategy. Precision and skill determine the outcome of each combat situation, and with eighteen weapon types to choose from, you are never limited to just one playstyle.

Discover one of the most powerful character creators ever made. With four races to choose from, customizing your ARKS Operative’s appearance is just the beginning. Phantasy Star Online 2‘s ever-expanding catalog of editable accessories and layered outfits to mix and match allows for countless possibilities, limited only by the extent of your imagination.

Download and play for free. Experience all that Phantasy Star Online 2 has to offer, with no level caps or blocked story content. A Never-Ending Quest Awaits You!

The core game is free-to-play, but there is certain paid content that can be purchased.

Phantasy Star Online 2 is available now as a free-to-play title for Xbox One and PC via the Microsoft Store and Steam worldwide, as well as for PlayStation 4, Switch, PS Vita, and PC in Japan. The Switch version is the cloud-based Phantasy Star Online 2: Cloud. The PS Vita version will be ending service on August 19.