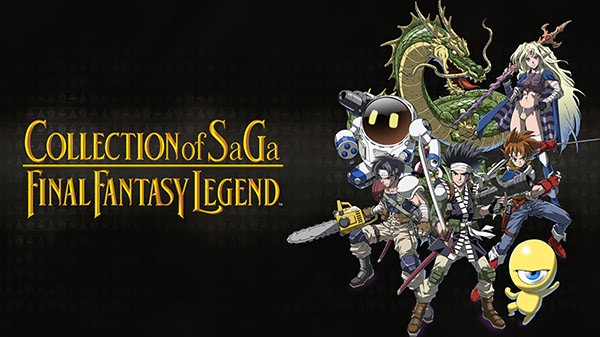 Square Enix has announced Collection of SaGa: Final Fantasy Legend for Switch. It will launch on December 15 worldwide. In Japan, it is titled SaGa Collection.

In celebration of the SaGa series’ 30th anniversary, the first three games in the series are coming to Nintendo Switch in one collection!

Experience the origins of the SaGa series with the Collection of SaGa: Final Fantasy Legend, the first complete port of these hugely popular titles.

The collection includes new enhancements like high-speed mode as well as features unique to the Nintendo Switch, such as adjustable screen magnification and game screen background customization. Featuring compatibility with, of course, handheld mode, but also with TV mode and tabletop mode. Furthermore, this game also revives the nostalgia of playing the original by enabling vertical usage of the console after removing the Joy-Cons. Take your collection on the go with handheld mode, share your journey with your Nintendo Switch in TV mode, or remove the Joy-Cons and turn your Nintendo Switch vertically for a retro Game Boy experience.

Watch the announcement video below. View the first screenshots at the gallery. Visit the Japanese official website here.