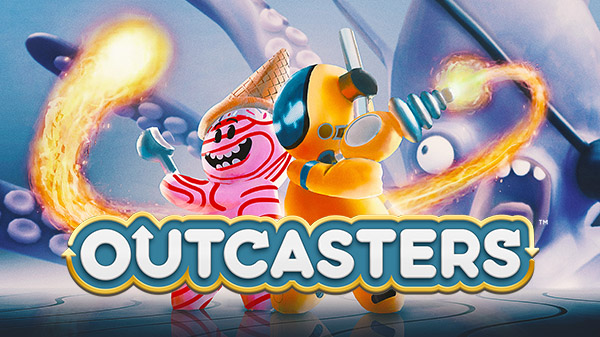 Stadia Games and Entertainment and Splash Damage have announced multiplayer combat game Outcasters for Stadia. It will launch this fall.

Curve your shots and be the last player standing in this adorably frenetic, fast-paced eight player combat game that tests your speed and creativity.

Outcasters is a chaotic multiplayer combat game for you and up to eight players.

Battle your way across arenas and curve your shots to creatively defeat your opponents. With customisable Outcasters and all sorts of power-ups it’s a chaotically fun multiplayer arena game that gives a hook-shot an all new meaning. Only on Stadia.