Scavenge and survive in the haunted wreckage of derelict freighters. 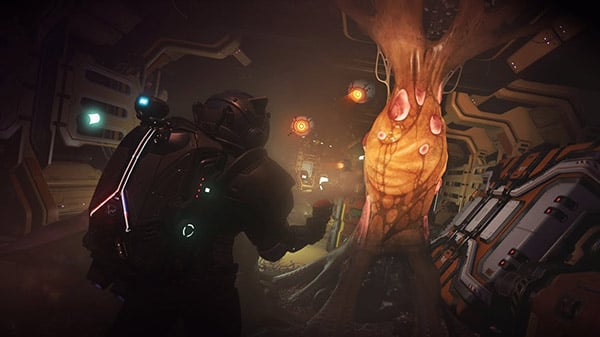 Hello Games has released the “Desolation” update for No Man’s Sky, which adds The Minotaur, an exo mech that introduces a new way to traverse and explore planetary surfaces.