Run, run, run for your life. 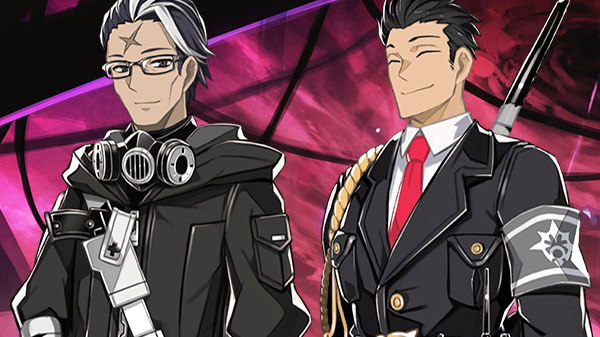 Compile Heart has updated the official website for 3D dungeon RPG Mary Skelter Finale with details on characters Gatou and Towa, as well as the “Murder Hunt” system.

One of the few survivors of the surface, who runs into Mary and her group while barely alive. He knows a bit about surface, and shares his knowledge of the world’s condition and how to survive.

The former Dawn gatekeeper that guarded the entrance to the Liberated District. His parents were killed by Marchen in the past, and he has been working out day after day to enact his revenge. Since learning the truth behind Dawn’s “Professor” and the Blood Maidens, he has become somewhat untrusting.

Nightmares are “invincible” creatures. They are beings that, even if killed, possess the immortal nature to resurrect…

Once you get sucked into a “Nightmare Space” and are discovered by a Nightmare, a Murder Hunt will commence. If the Nightmare catches up with you, you could be on the receiving end of a vicious attack…

In Mary Skelter Finale, there is also a new element in that a Baymare will cling to the Blood Maidens if they get attacked by a Nightmare.

You will have no chance of winning in an encounter against the invincible Nightmare. Use traps and destroy body parts in battle while running for your life. If you manage to make it outside of the Nightmare Space, the Nightmare will lose sight of the Blood Maidens, allowing you to escape.

Tjoeb123 ⋅ Fire Emblem: Shadow Dragon & the Blade of Light coming to Switch on December 4 ⋅ 12 minutes ago