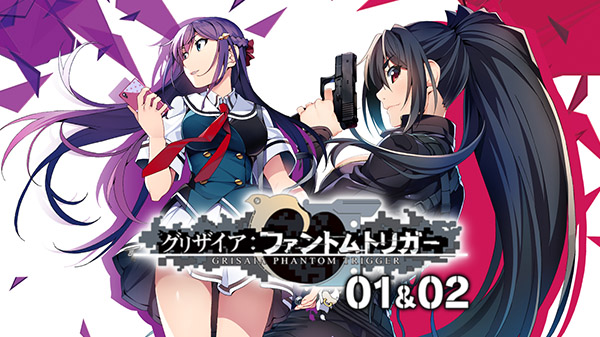 The Switch version of Grisaia: Phantom Trigger Vol. 1 & 2 will launch via the Nintendo eShop on June 25 for 2,000 yen, publisher Prototype announced. It will support English, Japanese, and Simplified Chinese language options.

While Prototype did not specifically confirm a worldwide release, its previous titles release with an English language option in Japan have had day and date digital releases worldwide.

Both games can be played entirely with a single Joy-Con, as well as with the touchscreen. The collection also includes a function that disables Switch’s automatic sleep settings during Auto Mode and movie playback.

This new incarnation of Mihama Academy is home to a diverse group of students, who every day work to polish their unusual skills – sometimes on the job. There’s a gunslinger called Rena (nickname: “The Rabid Dog”), a sniper named Tohka, a demolitions expert called Chris, a spy named Murasaki, and finally, Haruto, their handler. Together they make up an agency called SORD (Social Ops, Research & Development). The specialist training school now entrusts the misfit girls who attend it with guns and live ammunition in the name of national defense.

A VIP arriving from abroad mysteriously disappears in transit. The SORD team at Mihama Academy (Rena, Tohka, Chris, and Murasaki) are presented with a new mission: finding and recovering him.

Whenever they appear to be closing in on this missing “package”, though, it somehow slips through their fingers.

Accompanying them on their mission are two fellow SORD members from the Kyousen Sakuragaoka campus—twin sisters, who both help and hinder the crew.
There have also been rumors floating around of a daredevil biker named “Soul Speed”, who tears up the streets at night. What role might she play in this escapade?

“If the price is right.”