Switch and PC versions due out later this summer. 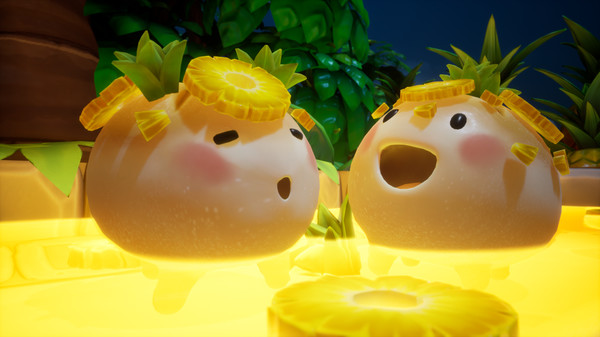 Couch cooperative and player-versus-player party game Bake ‘n Switch will launch for PlayStation 4 in addition to its previously announced Switch and PC (Steam) versions, developer Streamline Games announced. While the Switch and PC versions are due out later this summer, a release date for the PlayStation 4 version has not yet been set.

Here is an overview of the game, via Streamline Games:

Bake ‘n Switch is a party brawler that features cooperative and player-versus-player party action for up to four players with online multiplayer capabilities and increasingly challenging levels in a deceivingly cute package. Play as one of the four Bakers through exquisitely beautiful and colorful levels, punching, merging and baking adorable dough creatures to appease the Guardians of Dough. Make the biggest Buns to score the highest points before time runs out! Hey, it’s a breadful task, but someone’s gotta dough it!

Bake ‘n Switch recently passed its Kickstarter to be offering full online and local multiplayer capabilities at commercial launch later this summer when the game will be available on PC and Nintendo Switch. Recipient of several awards, including “Outstanding Gameplay” and “Visual Excellence,” Bake ‘n Switch is the violently cute party game that you’ll want to play again and again.