The Adventures of Ten and Till now available in the west 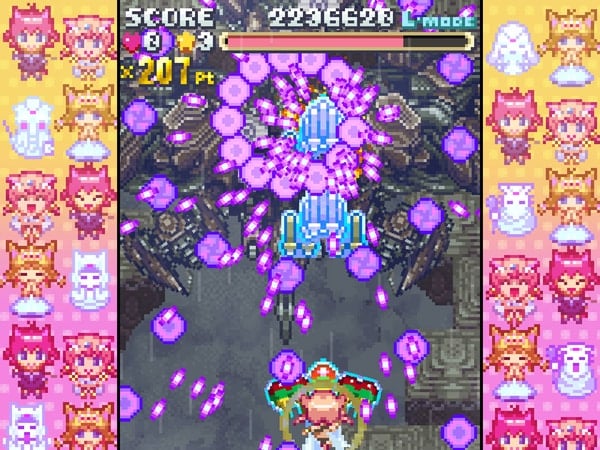 Shoot ’em up The Adventures of Ten and Till, which was recently announced as coming west, is now available for PC via Steam at a 10 percent-off launch discount price of $10.79, LionWing Publishing announced.

The Adventures of Ten and Till is a bullet hell shoot ’em up developed by Japanese doujin designer Toro Nishino. Created by a single developer, the game offers a robust shooting experience that merges gorgeous lo-fi pixel art with challenging gameplay reminiscent of classic Cave vertical shooters. It features unique mechanics like on-the-fly character-swapping, a risk-reward scoring system, a variety of challenging stages, and a beautiful, emotionally-stirring soundtrack.

“Please… Save Lowres…” The voice of Princess Pixel resonated within the hearts of Ten and Till.

The peaceful land of Lowres had been swallowed by the “waves of evolution” after losing the protection of its beloved princess.

Now, led by the voice of her Ladyship, Ten and Till don the “power of feelings” and set off on a journey…

A journey to protect the light of Lowres…

There are two playable characters in the game, the titular Ten and Till. These two characters can be swapped between on the fly, with each one possessing their own strengths and limitations.