Available now for iOS and Android. 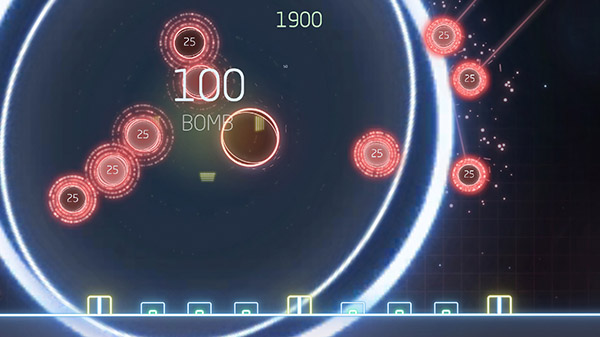 Missile Command: Recharged is coming to Switch via the Nintendo eShop and PC via Steam and the Epic Games Store on May 27 for $2.99, publisher Atari and developer Nickervision Studios announced.

A reimagining of the 1980 arcade game, Missile Command: Recharged first launched for iOS via the App Store and Android via Google Play in March.

Here is an overview of the game, via Atari:

Missile Command: Recharged is a re-imagining of the beloved classic with fast-paced, arcade action where players must defend their bases by blasting an endless barrage of missiles hailing from the sky. Launch counter-missiles to protect your base and target powerups to gain an edge at critical moments. Missile Command: Recharged will appeal to those that fondly remember playing the original or its many iterations, and a whole new generation of mobile gamers that are looking for fast-paced, pick-up-and play, arcade goodness.

Watch the Switch and PC announcement trailer below.

Infasis ⋅ Utawarerumono: Mask of Deception and Mask of Truth delisted from PlayStation Store in the west as licensing expires ⋅ 5 minutes ago