Arrest of a Stone Buddha coming to Switch on May 21

From the creator of The Friends of Ringo Ishikawa. 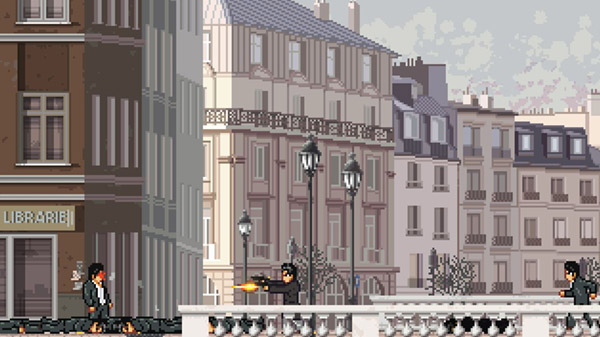 Publisher Circle Entertainment and developer Yeo will release Arrest of a Stone Buddha for Switch via the Nintendo eShop on May 21 for $14.99 / €14.99 worldwide, the companies announced.

Arrest of a Stone Buddha, which is developed by the creator of The Friends of Ringo Ishikawa, first launched for PC via Steam in February 2020.

As a professional killer you’ll live through November 1976 alternating non-stop shoot’em up action with a downtempo mundane life.

You’re fast and lucky enough so you don’t plan your actions too far. You kill with one shot and you never miss. When you’re run out of ammo you just throw a gun away. You can disarm any enemy and use any weapon. And when it’s time to get out you just use a vehicle nearby.

You have an apartment in the historical center of the city. When you want to eat you go to a cafe, and you can visit a museum or a cinema when you’re looking for entertainment. And you have a lover when you need a woman.

And there’s this question which is longing for an answer.

Arrest of a stone Buddha, developed by @shin_yeo (creator of The friends of Ringo Ishikawa), arrives on the #NintendoSwitch #eShop globally (NA / EU & Aus / Japan) on 21st May! More details and a new trailer made to celebrate its arrival on Switch are coming soon! pic.twitter.com/fSKfaAGEKs