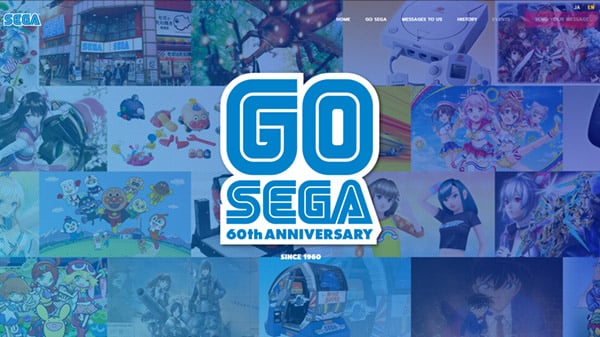 Here is the full message from Satomi:

This year, sixty years will have passed since Nihon Goraku Bussan Co. Ltd., the predecessor of Sega, was established on June 3, 1960. We are indebted to everyone who has patronized the Sega Group for many years, and would like to express our deep gratitude to all of you.

That is why we must overcome all obstacles and keep taking on new challenges.

The key message of the 60th anniversary, “GO SEGA,” expresses such aspirations.

The Sga Group is planning a variety of special contents for this 60th anniversary. Through these special contents, we will deliver the passion of the Sega Group to the entire world.

Here is Sega’s description for the first video featuring Sega Shiro: “The story of a mysterious young man named Sega Shiro suddenly appears for Sega’s 60th anniversary. Just who is this man who keeps saying ‘Sega-dayo!’? And what about the judo uniform he wears over his shoulders?”

Watch the Sega Shiro video below.