"A new in-house engine to drive all of our creations." 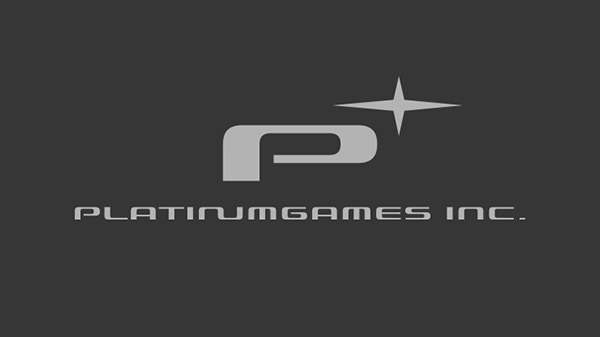 PlatinumGames has updated the official website for its recently established Tokyo studio with a new interview with its engine staff, who are developing an in-house engine tentative titled PlatinumEngine.

Our Research and Development Group finds the technical solutions we need to create thrilling next-generation action games. Now, they’re hard at work on the PlatinumEngine* a new in-house engine to drive all of our creations. Below, our engine developers talk about their process, and how their approach differs from most in-house engine development.

*Please note that “PlatinumEngine” is still only a working name for our new engine, and the final name may differ.

■ Speeding up the Prototype Phase

—How did development start on the PlatinumEngine?

Wataru Ohmori: “We’ve used our own in-house engine, specialized for action game development, since PlatinumGames was founded. But modern games demand a whole new level of quality, a greater variety and number of objects on-screen, and a richer amount of expressive visual power. We came to the frightening realization that if we don’t make our work more efficient, we’re simply not going to be able to keep making the games that we want to make as technology and expectations grow. Our new engine will help us make bigger, more expressive games than ever before, and with greater ease.”

—Why develop an engine in-house, instead of using an established engine like Unreal Engine or Unity?

Ohmori: “We tested out external engines like those, but we found that they were lacking some features that we needed. It’s possible those features could be implemented at some point, but even if so, it would be on a timeframe that’s completely out of our control. When you’re trying to develop highly original titles, that lack of control can be fatal. We decided that developing and improving our own engine is the only way to be sure that we meet our game development teams’ exact needs.”

—What’s unique about the PlatinumEngine?

Ohmori: “It bucks a few recent trends in engine development.”

Tsuyoshi Odera: “When people try to sell you on their game engine and what it can do, usually the first thing they do is tout its graphical capabilities. Which makes sense, since that has the most visual impact. But we’re thinking of the engine we’re building as a game engine, through and through. Don’t take that to mean that we aren’t giving graphical performance its due; we just think that there are other elements that are every bit as crucial to making truly engaging, AAA titles, and we want to give them as much emphasis.”

Ohmori: “Another major point is that ease of use is a very high priority. With this new engine, prototyping – which is where we try out new ideas for action gameplay, to see how they feel – will be much faster. To give an example, programmers at PlatinumGames have more freedom to directly control game animations than they do at most game studios; that gives them a particularly important role in action game development. Our existing engine already puts assets in the hands of each artist to freely control, so it’s easy for programmers to tweak what they need to, too. This is one of PlatinumGames’ strengths as a developer, and with the new engine, we want to give artists and programmers even greater control to try things out with their creations. The idea is for the new engine to both boost efficiency and make it easier to try new challenges in how our games are presented.”

—Tell us about the team developing the PlatinumEngine.

Ohmori: “Development itself started about two years ago, with Odera thinking through the fundamental settings and layout. Once he had that foundation set, we got the engine team together. There are six or seven people working on the engine to extend its capabilities right now. To be perfectly honest, we could use a few more…”

Odera: “At this point, I leave the finer details up to each of the engine team members, but I’m still in charge of the overall architecture. This may be rephrasing something Ohmori already said, but our goal with this new engine is to reduce, as much as we can, the amount of effort that goes into game development. The idea is to take all the unnecessary work away from our game development teams. We’re looking into everything we can do to make their work more efficient, even if those changes seem minor on the surface. Things like reducing the number of button presses needed to convert data, reflecting new work in the build right after it’s converted, or making levels playable directly from the editor. I have experience setting up digital content creation pipelines, so I have a sense of what artists want their workflow to be like.”

Ryoichi Takahashi: “I’m in charge of adding new rendering features to the engine. I see it as building a frame on top of the foundation that Odera made. Right now, I’m looking into all the tools that we might want to implement, and putting together systems that will allow us to put those tools to good use to improve our games’ visuals. My top priority is creating a canvas for rich visuals, with an eye towards recent trends in technology. On top of that, I want to make sure it’s easy for anyone to get good results.

“For the most part, I’ve worked more closely with game development teams than on system development, and each project has its own needs that have to be met through manual work; they often start to approach the limits of what can be done in terms of time and scale. At the end of the day, I want to give our artists an engine that will let them dig in to a wide variety of visual styles – photorealism, cartoony cell-shading, and beyond – to make sure our games are up to Platinum standards visually.”

—Seki’s position in the development team is a little different, though.

Ohmori: “We expect Seki will be merging into the main PlatinumEngine team a bit further down the line. Right now, he’s doing independent research into things that interest him, and to help meet the technical needs of all of our current projects. I know that he’s focused on topics that will be considered essential to game development in the near future. It’s up to him to decide where he allocates his costs and how he provides feedback based on his research to the team at large.”

Gun Seki: “Two themes have driven my research so far. One is figuring out how to meet requests we’ve gotten from PlatinumGames’ various game development teams. The other is working out what is necessary to build new game mechanics. For example, I might look into pathfinding in open-world games, or full-body IK systems that control character animations in real time; those would fall under the first theme. As for the second theme, that means talking with Ohmori and, based on the judgement of the R&G Group as a whole, implementing technologies that will open us up to wider mechanical possibilities in the future.

“Lately I’ve been focusing on techniques for fast asset creation. One of those techniques is markerless motion capture using machine learning, which we could use to generate 3D animations, even from flat 2D video. Of course, doing motion capture the old-fashioned way with a studio and a full marker setup would yield higher-quality animation, but it also takes more money and time. Markerless mocap with machine learning could be useful for creating placeholder animations for game prototypes. I’m also researching how we could automatically generate normal maps using the principles of photometric stereo, and other ways that we could make even more high-quality assets as efficiently as possible.”

■ There’s Much Work to be Done

—What sort of people is the engine development team looking for?

Ohmori: “Not many companies build their engines from square one these days. I think the challenge that presents is a valuable opportunity. PlatinumGames is known for our action games, but going forward, we’re going to have to try making things we haven’t made before. Those new challenges might be under the broad “action game” umbrella, or they might be something completely different, with some action elements. Either way, we’ll need to step up our game in terms of scale and expression. There’s much work to be done all around. If you’re thinking, “I have ideas I want to see through, but I don’t know, they’re kind of different from what PlatinumGames usually does…” then please apply. Your different ideas might be exactly what we’re looking for.”

Odera: “PlatinumGames is making strides towards self-publishing, but we’ll still have plenty of opportunities to work with other publishers and across many different platforms. Up until now, it’s been unusual for a studio to be able to offer so many challenges and chances. If you want to test your skills against those challenges – not to mention the challenge of creating fresh, new games – then you should apply.”

Seki: “On the research side of things, I’d love to work with people who have specialized knowledge from a scholarly background, but who are still passionate about game development. Pure academic research feeds on novelty; no matter what fruits your research might yield, presenting those results effectively requires a fresh approach. Meanwhile, in game development, you can research all you like, but at the end of the day, the goal is to finish and release a game. Functionality and stability are paramount. The most fulfilling part of this job is taking the technology you’ve researched and figuring out how to put it to use in creating a strong game system.”

—What makes a PlatinumGames programmer?

Odera: “A lot is left up to your own discretion at PlatinumGames. It’s a work environment that values following through on your own ideas, which is very satisfying.”

Takahashi: “I’ve worked at PlatinumGames for ten years, and in all that time, I’ve never felt bored or tied down. There’s a lot of freedom here, which makes the work feel meaningful.”

Ohmori: “Right now, we’re focused on the new engine, but that puts us in a close relationship with the teams working on our games themselves, too. About half of our work comes from hearing the project teams say, ‘Oh, I want to do this,’ and not only solving those problems, but also digging in to those desires to find something to add to the engine for future projects.

“Other engine developers are often somewhat detached from game developers, and may not see how the features they’re creating are really being put to use. Some of them may only interact with game developers over support e-mail! As an engine developer at PlatinumGames, you’ll get to know the faces of every game developer who uses your creations. Of course, that also means they can walk right up to you and complain when something goes wrong, so maybe it’s a double-edged sword… But if you value direct feedback, then this might be the job for you.”