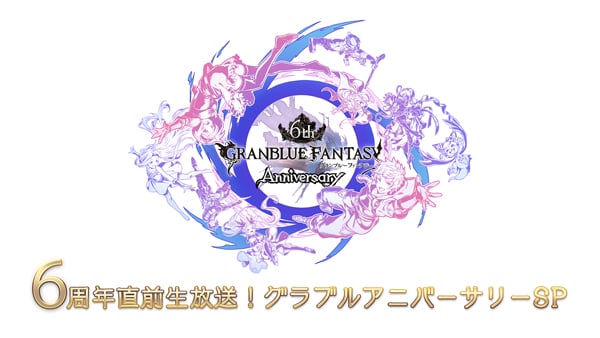 Cygames will host a Granblue Fantasy 6th Anniversary Special live stream on March 8 at 18:00 JST, the company announced. You will be able to watch it on YouTube and Periscope.

The live stream will feature all sorts of news, including sixth anniversary update information, the latest game information, future developments, and more.

The following presenters will appear:

Update 03/02/20 at 10:30 p.m.: An announcement visible in-game in Granblue Fantasy: Versus confirms that the fifth downloadable content character for the fighting game will be announced during the broadcast.