Everyday Today’s Menu for the Emiya Family launches in May in Japan, new trailer 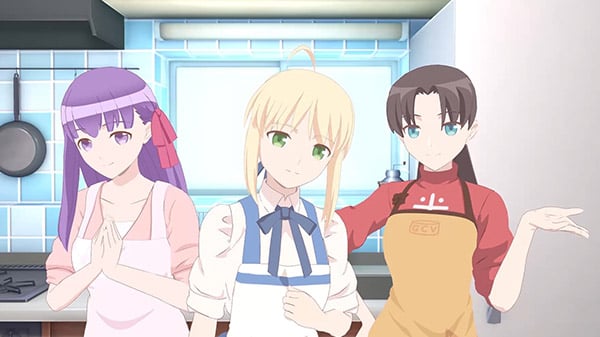 Everyday Today’s Menu for the Emiya Family, the December 2019-announced “kitchen adventure” game based on the Fate/stay night series spin-off manga, will launch for Switch via the Nintendo eShop in May in Japan, publisher Aniplex announced.

The theme song for the Switch game, which is titled “Tabete Ageru,” will be handled by Sangatsu no Phantasia, who also wrote the ending theme song for the Today’s Menu for the Emiya Family anime. The game itself was revealed to be developed by GRID, a Tokyo-based studio that was established in October 2015, but did not commence operations until July 2017.

A Servant girl who signed a contract with Shirou. She lives in the Emiya house.

Shirou’s junior. She visits the Emiya house and learned how to cook from Shirou, so her cooking skills are superb. Her specialty is cooking western-style food.