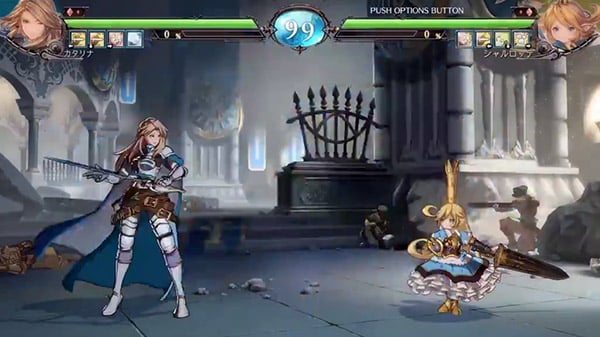 The Granblue Fantasy: Versus official Twitter account has posted a short gameplay video of the game’s “Amalthea” stage.

The Amalthea stage is set in the midst of a battle between the Crew of Enforcers and the Erste Empire fleet. In the final round, you move behind a wall destroyed by a stray cannon ball, taking the deciding match to an indoor area with a solemn atmosphere.