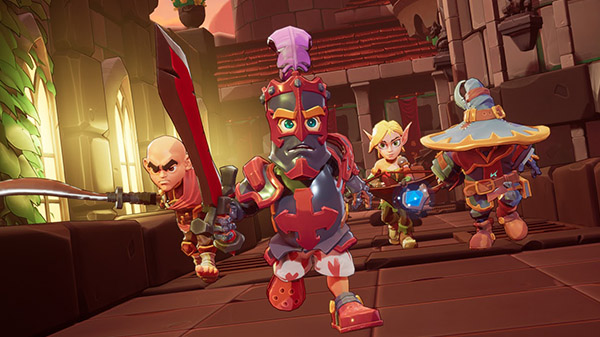 Dungeon Defenders: Awakened will launch for PC via Steam Early Access on February 21, followed by a full release on PC and Switch in Q2 2020, and PlayStation 4 and Xbox One later in 2020. It will support English, French, German, Spanish, Portuguese, Russian, Japanese, and Simplified Chinese language options. The full release will support cross-save functionality.

The Early Access version of Dungeon Defenders: Awakened will contain “nearly everything” in the full base game, including 12 levels, four playable heroes, and “virtually endless” enemies to defeat. Chromatic Games will incorporporate community feedback throughout the Early Access period, as well as add polish and “other surprises.”

The past has been changed! Choose your hero and construct an epic defense to fight off hordes of enemies while you jump into the fray to protect Etheria. Team up with up to four players as you level up, claim legendary loot, and take on the armies of enemies that await you!